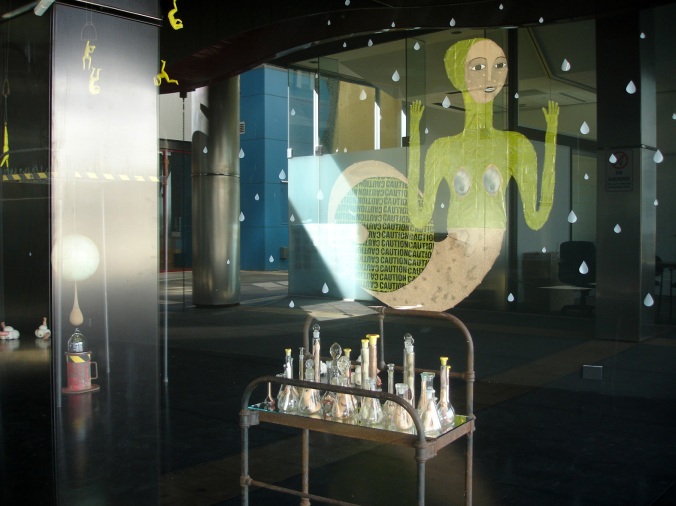 1.       the state of being disregarded or forgotten 2. an imaginary place for lost or neglected things 3. (theology) in Roman Catholicism, the place of unbaptized but innocent or righteous souls (such as infants and virtuous individuals)

As a child growing up in Ecuador the nuns would show us Hieronymus Bosch’s (1450–1516) painting of ‘The garden of earthly delights’, pointing to the right hand panel of hell and proclaiming loudly that the consequences of insolence would land you in this ghoulish place. Staring at the panel of hell it appeared to me more like a circus. I was drawn to the central panel depicting purgatory or limbo it was a joyous free for all without inhibition or reason. Heaven or the Garden of Eden depicted in the right hand panel although full of animals appeared subdued and sombre and without mischief.

In my art practice I have always preferred the well worn found object, items that bare the presence of human existence so it felt strange when I was drawn to the yellow caution tape and started sewing the strips in to workable pieces. It holds a certain contemporary currency we have all seen it wrapped around scenes of disaster. In this instillation I have combined elements of realism and absurdity with mystical qualities that arouse and reveal past and present memories and emotions. 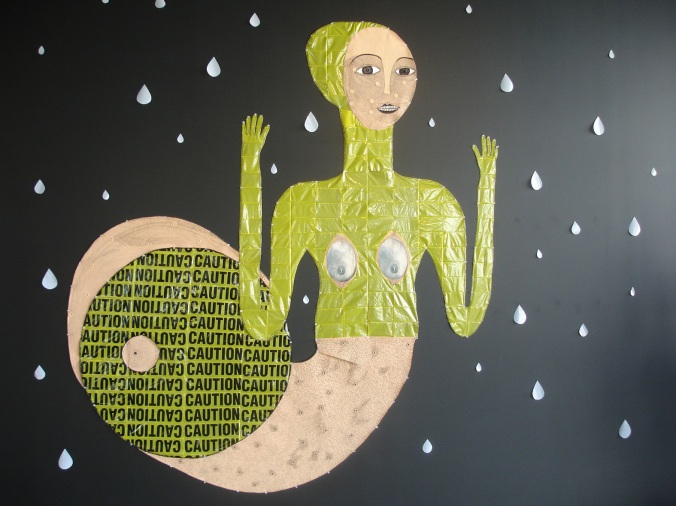 Word is that the show’s lit for night viewing – so it’s at its optimum after dark.