Megsie’s been hanging out for this one. What a fabulous exhibition. You’ve missed the opening (last Friday) but there’s lots more action to come, including the Artists Soiree and the Artist Camp at Penders later in the month. Beth and Christine will be down for all that.

Meanwhile, the opening was lovely, didn’t take a swag of snaps because we were too busy yakking. But we did manage to capture local artist Beverly Filmer (3rd from right) surrounded by her proud family…

and the odd other… 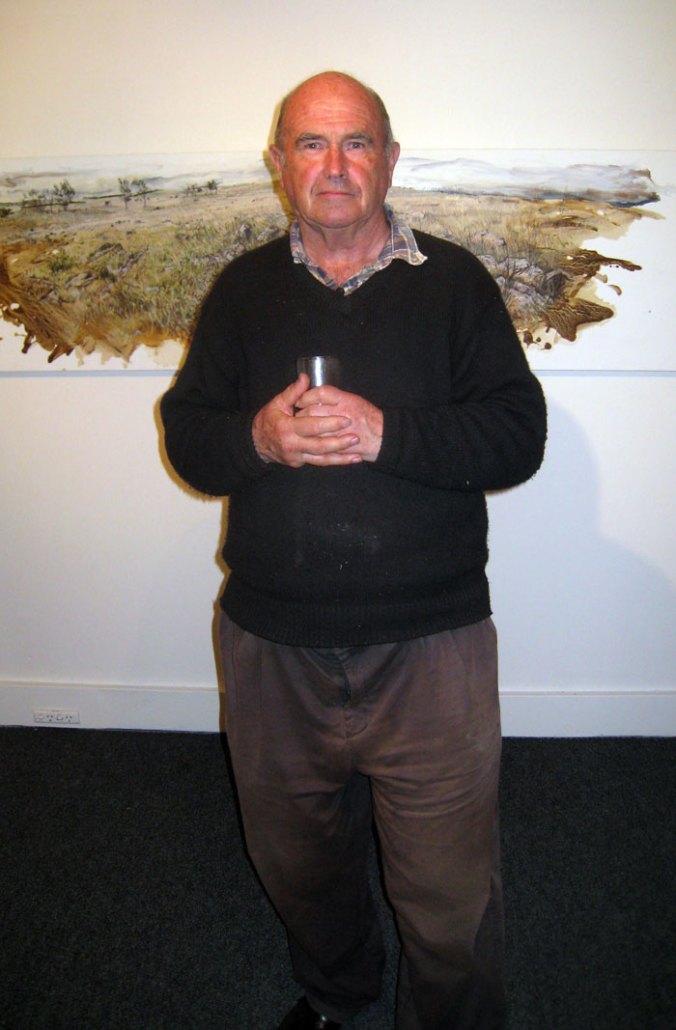 We’ll take some decent images of the show as soon as we have time.

(above) Liam Ryan, With a minute to go, oil on canvas.

While we’re in the midst of Draw Fever we’ll take this opportunity to flash back to the BVRG’s Footy Show debate, ‘Art and Sport: it’s a Match?’

What a hoot – great lunchtime entertainment.

…and how prophetic – the Ref declared a draw.

As we all now know, it turned out to be the first of many (…yep, it even preceded the Election Ruck.)

Just in from Blanchie; an appetite whetter…

Huge week ahead for culture buffs, not the least being the grand opening (plural – there’s one almost every day of this week between the staffy/the GG’s/ the media/ the actual opening…) of the renovated NGA.

Invitation for you and your guests

More than 60 years after the establishment of the Federal Republic of Germany and the German Democratic Republic, and 20 years after German reunification, this is the first attempt to survey the architectural achievements of the two German states.

The exhibition approaches its subject with more questions than answers while tracing the diverging and converging aspects of the two apparently separate architectural discourses. The cultural, political and economic contexts of the built works are examined in light of different consenting authorities and architectural history.

Two German Architectures attempts to provide a new basis for comparative studies by publishing so far unknown material from East and West German archives and to initiate further debate regarding the design of homes and memorials and how architectural form relates to tradition and innovation.

An exhibition by the Institut für Auslandsbeziehungen (Institute for Foreign Cultural Relations) in cooperation with the Föderation der Deutschen Architektursammlungen (Federation of German Architectural Archives).

But here’s one young fella not fussed by all the fuss…Diesel,  the latest addition to the Hugonnet family…

Simon came to town, bringing with him the BVRG’s next attraction – the touring show Baseline: remnant grassland of Weereewa/Lake George from Craft ACT.

…and caught up with all the g(l)oss. As you do.

We went out to Marcus’ workshop yesterday to see it in the flesh, prior to today’s installation. 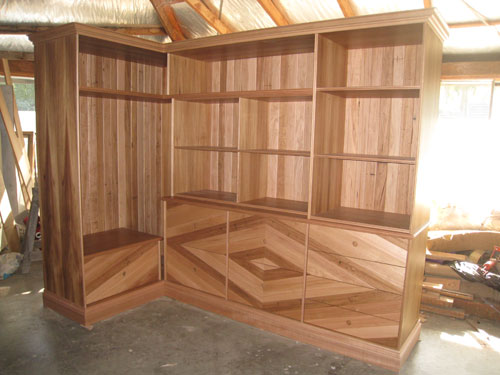 The brief was to turn the corridor between the Courtroom and the Magistrate’s office into a dressing room – referencing the era (1898) and the character of the building (law & order.)

…and huge. (From the back it looks like a block of flats!!) 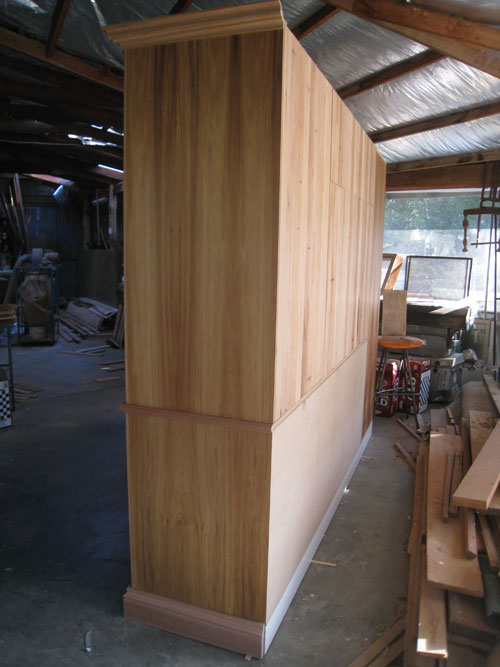 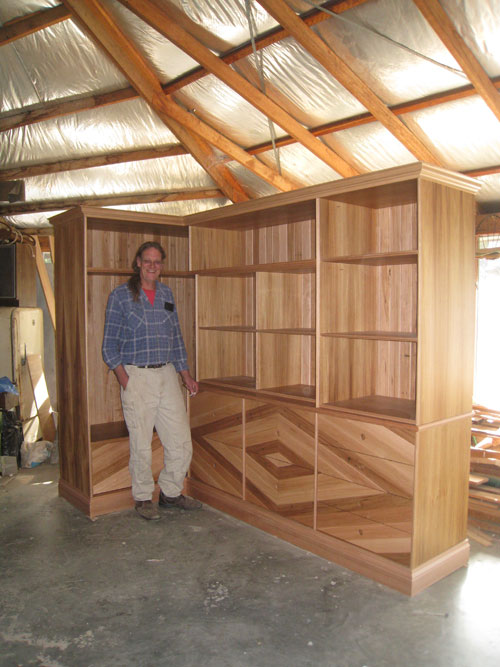 Too good. Meanwhile over in the house, Helen was putting the last touches on Izzy’s Sugar-plum fairy costume. (Jeez they’re a creatively industrious lot out at Rocky Hall!!)

We came home and took one last look at the corridor… 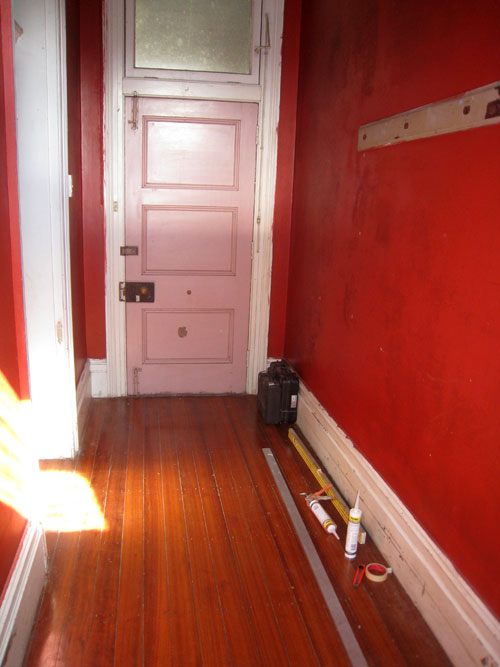 Stats and install to come. 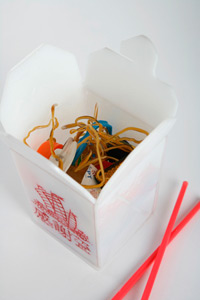 The British Glass Fest has just been on in Ingling and while it’s certainly a step up from the Ranamok, it’s still missing a certain…je ne sais quoi.

Check it out here.

Thanks Mel, for the link.

The Gang and Minnie hit Melbourne for a stretch weekend to give Granny a good’n’proper launch for her 80th Birthday World (well, almost) Tour.

What started out as dinner in Umbria for the 80th has grown like topsey into a two month party crawl from Colorado> Sicily> Umbria>Burma. (She’s a sheila who knows how to have a good time.)

And she’s taking a coterie of travelling companions – including the Poo. As you do. 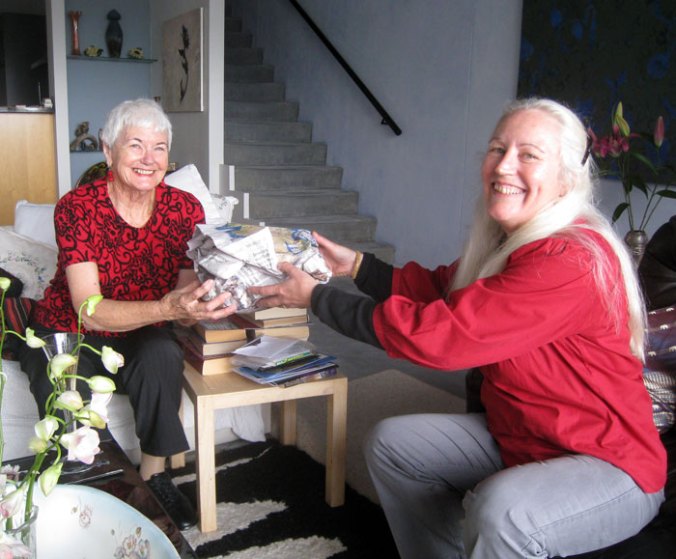 Anyhoo, after the initial bubbles we settled into the usual classic round of fave haunts; Don Camillo’s, The Commoner, Dolcetti, The Vic Market, Coda (where the Poo did the rounds of the table)… 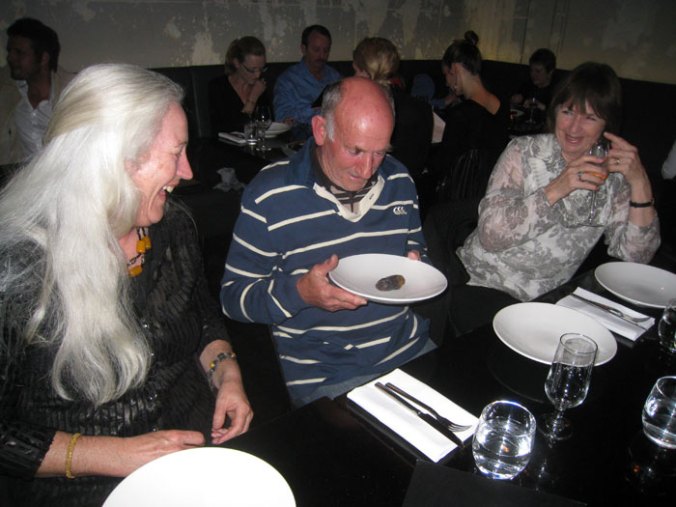 …and by the time we all flew out again, bound for our various destinations, we were completely exhausted – but content in the knowledge that Granny’d had a damned fine send off… 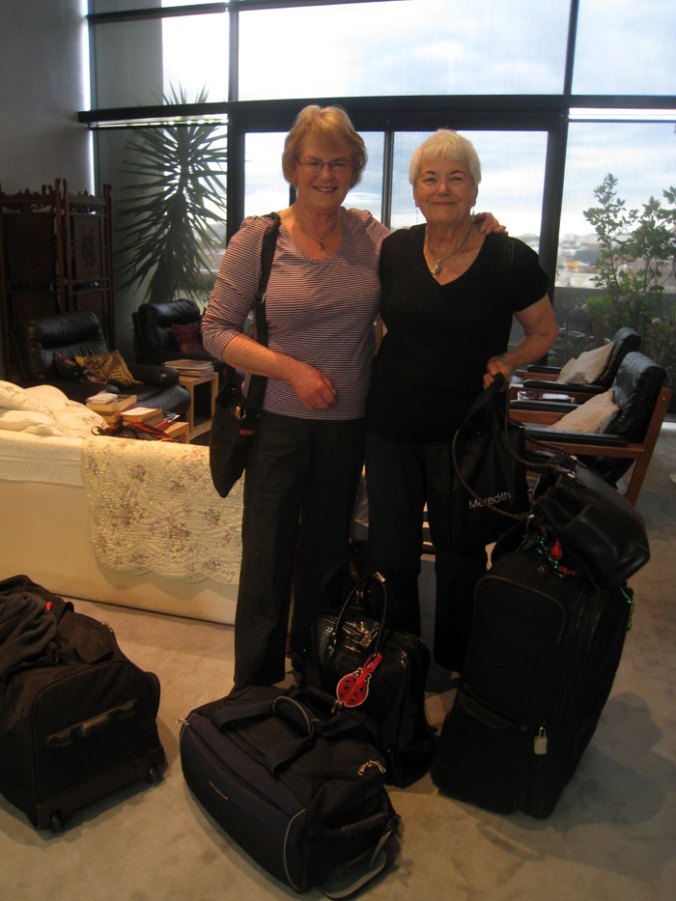 By now Nancy and the Old Chook will be slipping into their first bottle of bubbly in Durango.

Meanwhile, back at the Hideout, we’ve sworn off food for a week.

There’ll be a short intermission while the Gang scarpers to Melbs.

Thanks, Nige, for the you-beaut image.