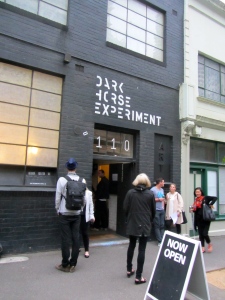 It’s so handy having this gallery across the road from Granny’s – not far to hobble for a kultcha fix. And a way cool show opened last Friday… 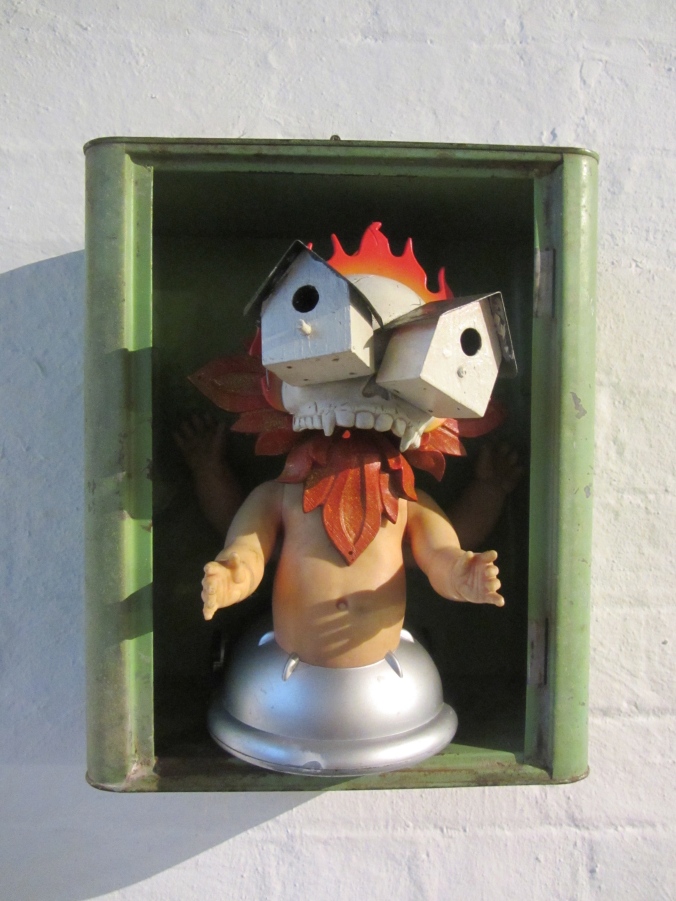 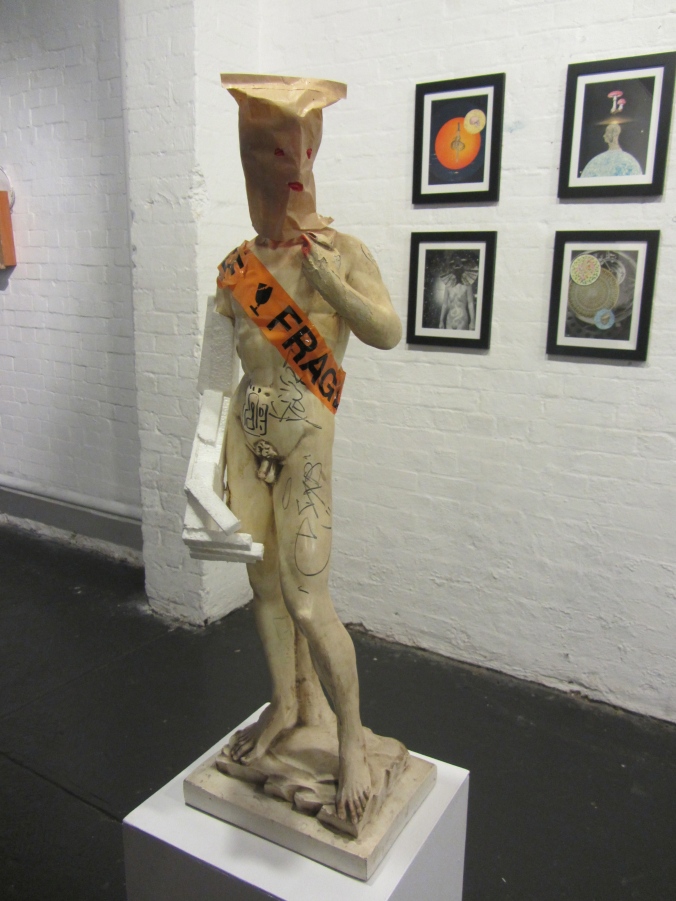 As Chloe Sudgen writes in the exhibition blurb…Through Wasted, Lynch harnesses the mediums of sculpture, collage, installation, and assemblage to contribute to a post-acopalyptic narrative…Lynch avoids the cliché of a dystopian post-apocalyptic, grounding his visions of a declining Western civilization in fantasy, rebirth and mysticism. From the wasteland of modernity’s failure, he envisages the rising of ‘inhuman, post apocalyptic garbage clans… his fantastical garbage warriors stand as totems for the renewal and regeneration of life after a final cataclysm.’ 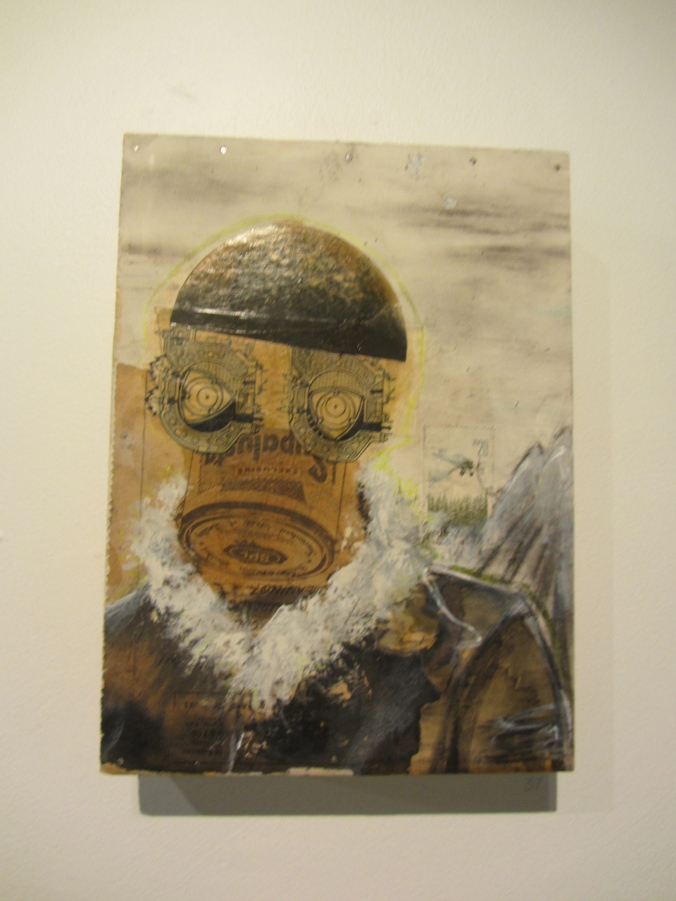 [Apologies to the artist/gallery but, although we do have a room list, the wall numbering was so faint that we’ve since had difficulty correlating titles to works – we took the odd stab only.)