Between the judging and launch of the reSOURCE exhibition, last Friday was nothing short of a marathon at the BVRG… 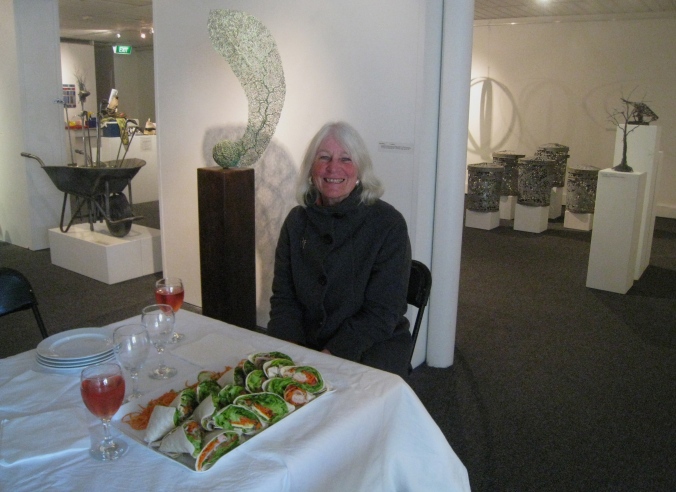 Jan Ireland, the dynamo behind Bermagui’s annual Sculpture on the Edge, graciously judged the strongly fielded competition, with categories that included professional artists, community groups, seniors and schools (both secondary and primary.)

The professional section resulted in a tie: Ulan Murray for his sculpture, Samara, and Craig Cameron for his painted fridge door, First Nation.

The community award was won by Debbie Petersen with her extraordinarily wonderful Bemboka Blanket. 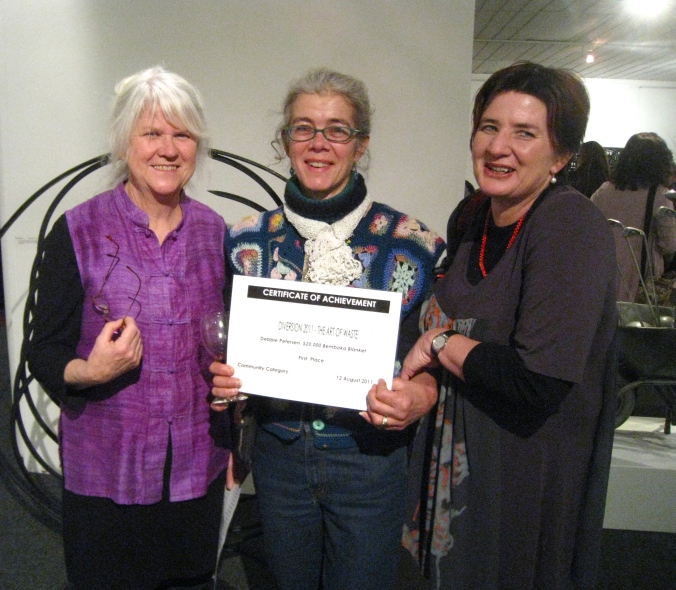 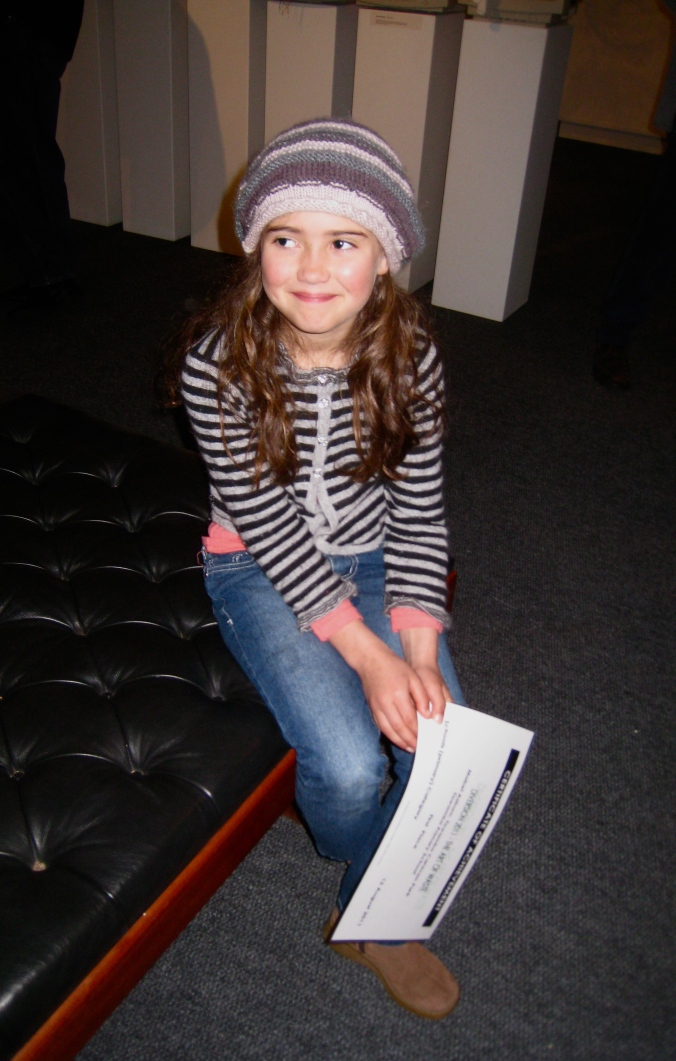 There are some amazing pieces in the show, which was enjoyed immensely by the opening night crowd.

[Megsie, as you can imagine, will be driven quietly demented over the course of the next five weeks or so – the hang being somewhat frenetic visually! Nonetheless it is lots of fun and, quite properly, a broadly inclusive program. n(Ed)]

Hats off to the BVSC’s Waste and Water department for running such an encouragingly creative initiative.

reSOURCE is up until late September. General snaps of the evening here.