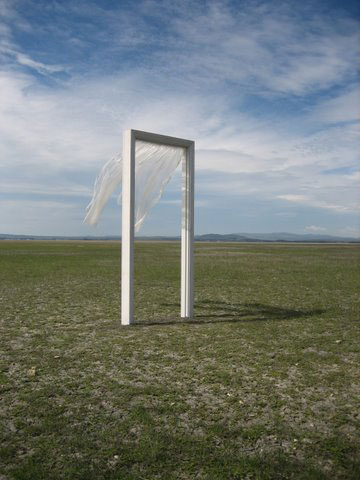 Jas sent these through last week, but being otherwise occupied with a gallery change-over, we’ve simply not had time to post before now. It is, of course,  the good oil on the Weereewa Sculpture Prize 2010. Above is Jas’s own submission [very lovely and lyrical. n(Ed)]… and here’s the general wrap-up…

Under the title Winds of Change, the Weereewa Sculpture Prize 2010 opened yesterday.

It was coordinated by Mike Macgregor, judged by Wendy Teakel, Head of Scupture ANU, and sponsored by Infigen. 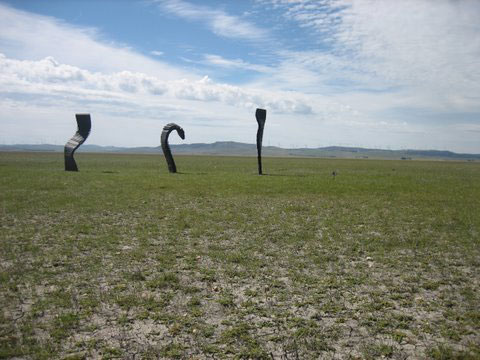 Second and First Prize was combined ($5000 and shared between Andy Townsend and Suzi Bleach for Adrift (Steel Horse, salvaged objects and flags)…

Bring your own water! It gets thirsty out there

Thanks Jas, much appreciated.

We noticed with interest that a number of works had migrated inland from Sculpture On the Edge at Bermagui…(!)

Apologies for lack of titles/artists info. We added those we recognised.